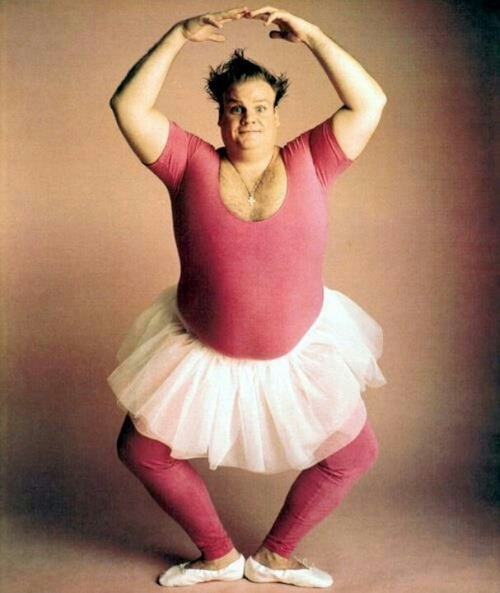 The other day, I saw a dead squirrel in the middle of the road. It had been run over by a car or two and it was flattened and covered in fresh blood, a black hawk was pecking at it’s brain. It was a gruesome sight and it reminded me of a date I once had.

Twas a night of sheer torture! I’ve put off writing it a long time. The initial meeting was like being run over by a semi, then everything that happened after was a hawk pecking at my poor brain. Or what was left my brain after a few minutes with this fellow.

It wasn’t like I didn’t know what I was getting into though. This was a POF fishie who messaged me seven or eight times a day, asking me out. I forget his name now, but I called him “Winko”, as he had this ridiculous default picture where he was sitting shirtless in front of a prehistoric desktop computer, at a messy desk with papers all over it. I don’t know what possessed me to do it, but I gave him my phone number- then the meaningless texts started . . . they came and came and didn’t stop. Constantly. 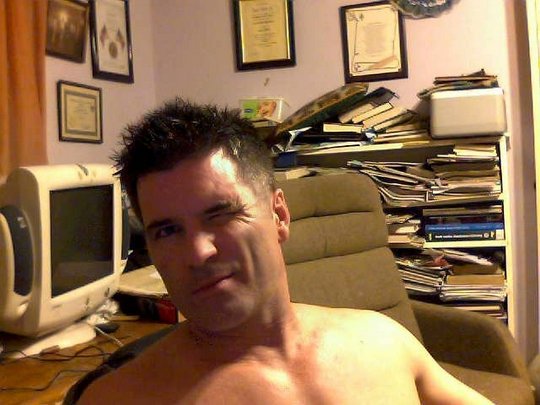 “Life is a clumsy ballet.”

I got that one at least seven times and always presented in this deep, philosophical way, like he thought it was the most profound thing in the world . . . also he never seemed to have any recollection of having said it to me before.

A friend and I wanted to punish him for annoying me like that, so I had this plan- I’d go with him to a 5 star restaurant and after we were served our drinks, a weird fellow would show up with roses and say “Hello. I’m Bill.” He was going to pretend to be my online stalker and he was going to sit down with us, order a beer and ask for a menu. I had it all planned out- it was going to be epic. Ridiculous.

But “Bill” never showed up.

Winko and I had set up a date for a Wednesday, but “Bill” lost his mind on Tuesday and told me to shove the roses up my ass- I forget why.

So there I was, all alone! I had a date with a lunatic and no escape plan! I tried to think of ways I could sabotage my date on my own, something I could do to make him want to leave immediately- so I did something I thought would scare any man away!

I showed up in a wedding dress. Carrying a bouquet of dead roses.

Granted this was a costume for the ghost tours I was giving at this time, but still! It should have scared him! I thought he’d take one look at me and book, but that didn’t happen . . .

He didn’t notice anything strange about my outfit. So much for that idea!

I met him in the Plaza and he recognized me right away. He came up to me, shook my hand and said (in a loopy voice that sounded like a cross between an ‘eighties surfer movie and a coked up Ninja Turtle), “Hello, dude. I’m [insert whatever name here] and I got to tell you- I only have thirty dollars.”

He started giving me this long, detailed explanation as to *why* he only had thirty dollars, but I wasn’t listening. This is not a good way to start off a date. Boys, you can *do* a date on thirty dollars, it *is* possible . . . but at no point should you ever actually *say* that you only have thirty dollars. It’s tacky.

So much for my 5 star restaurant. The reason I didn’t run home then was simply one of morbid curiosity, I wanted to see what would happen. We went to Scarlett’s for affordable nachos and beer and on the walk there he told me (*again*) all about the drive to see me.

“I didn’t discover I only had thirty dollars until I was, like, halfway here. I almost turned around right then, but, like, it had taken me so long to get you out and I, like, wanted to impress you . . . I decided my having the *courage* to show up with only thirty dollars would, like, impress the crap out of you. I knew you’d see past my empty wallet to who I really was. And my guts would impress you . . . Because life is a clumsy ballet.”

Okay. Sure. I decided it was not smart to give any opinion on this matter.

About this time, we arrived at Scarlett’s. The fact that I was wearing a wedding dress was no longer important, he’d shown no sign of noticing and I had forgotten. We sat down at the bar and ordered and next thing I know, everyone and their grandfather wanted to congratulate the “happy couple”- this was not a possibility I had considered! At all! The gushing women hugging me and congratulating me! The flashing cameras!

After the ruckus died down [sort of], we got to talking . . . well, mostly him talking and me [sort of] listening, but the things he said! Oh! More than once, I had the overwhelming urge to run to the bathroom and start taking notes. It was that bad!

He told me about a time gone by, a time of great American turmoil! A time of growth and revolution, a time of standing up before your country to be counted! Yes, sir! He was talking about the American sixties!

“It was such an exciting time!” He said with tears in his eyes. “The very fabric of American culture was being ripped apart! Ripped apart! I know you’re too young to understand, but you’re talking to someone who cried at the Nixon Resignation!”

But I did the math. He was 43 then and I suddenly felt a great wave of respect for the man- for if he was able to shed a tear at the Nixon Resignation and feel the sadness of an entire nation, all at the RIPE OLD AGE OF *FIVE*, then I was certainly dealing with an exceptional person!

“Yes,” he said, sighing a sigh of great importance. “The sixties were a clumsy ballet.”

Now it was my turn to sigh. I quickly changed the subject.

“In your default pic, that’s a very high tech computer! You may want to clean up all the papers!” I said jokingly, grasping for straws.

Huh? Someone old enough to remember the *Nixon Resignation* still lives with Daddy?

Before I could comment, he cut me off. “Wait, I know what you’re thinking,” he said, holding up a hand to silence me. “But I have a good reason for living at home. More happened to me in three days than should happen to any man in a life time!”

I leaned back and closed my eyes. He clearly had no intention of stopping, so I just let him get carried away in his story. He only brought thirty dollars, so I was only going to be stuck with him until he ran out of money.

“When I was twenty years old, I had dreams . . . I had *big* dreams! Huge dreams! I wanted fame, I wanted fortune, I wanted it all! I was destined for huge things and I knew I had it in me to be a great movie star! I saved up a nice, hefty stack of cash and ran off to Hollywood, swore I wouldn’t leave til my name was in lights! But then it happened!”

He paused dramatically, then closed his eyes and shuddered with the memory, struggled to get the words out. “I went back home three days later. I lost everything- I was mugged, kidnapped! Beaten, left for dead! I had no choice but to pack up and move back in with my parents! I can’t help what happened to me, I know you’ll understand!”

“I had to recover!” He exclaimed defensively. “Recover both emotionally and financially! I lost my whole life savings! All fifteen hundred dollars!”

I started to choke a little bit when I heard him say that. “Fifteen hundred dollars?” I repeated. “You mean, ONE *thousand* FIVE *hundred* DOLLARS?”

He said yes. I snickered and decided I was done with the conversation. The end. No more.

He rambled for a bit longer, trying to save face, but pretty soon, he ran out of money and had to drive back home. He promised he’d call me in a few days and I promised I’d answer, but I think we both knew it could never be!

After he left, most of the other boys at the bar took pity on me and they proved it by pouring shots down my throat! It led to a very strange night!

IT’S CURTAINS FOR NOW, BUT TUNE IN LATER FOR THE FINALE OF THIS CLUMSY BALLET!