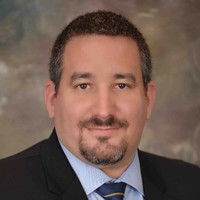 He’s told the RAPE story over and over and I have it memorized. He never said he raped you but that for two years you accused him of rape and said you’d go to the police if he didn’t do what you said. He said he was frightened that he couldn’t prove the fact that it was consensual on both parts. So he then purchased and signed for everything you and your mother needed for 2 entire years: PIZZA, MONEY, MORE PIZZA.

Until he finally broke up with you because he grew weary of being blackmailed and figured if you hadn’t said anything before that you weren’t going to. After all, he “did nothing wrong”

“He just had consensual sex with his girlfriend.”

He said you both went out to a party or to somewhere and had too much tequila to drink. He said his parents were out of town and y’all went back to their place in Mandarin. He said you both fell asleep. He then woke up and couldn’t go back to sleep and decided to play some video games. He came back to bed and you started making out with him. He said you were both into it and he asked you if “you are okay with this” and you pulled him on top of you and he said it was extremely, extremely quick (because he hadn’t had sex for two years, maybe more) and he ejaculated on your stomach. He said you immediately afterwards got up and started screaming saying you blacked out and didn’t recall “consenting.” He said y’all were both intoxicated. He said he had no clue what was going on and why you’d do that.

That’s the story he’s been telling me for a whole year and that is either BAD SEX or RAPE. But the other day he slipped up and said:  “When she woke up, she claimed I raped her.”

I died inside at the tone of his voice as he uttered these horrendous, non emotional words. This man cares about one thing and one thing only: self preservation. He again told me today that he never cared for you and only tried to keep you from turning him in. He did whatever he thought it would take to manipulate you into not telling anyone that he raped you.

I told him last night that he’s going to jail. He needs to be prepared. He said he doesn’t think he can incriminate himself. I explained to him and reminded him that he’s screamed what he did to you to me

I don’t know what to do anymore. I can’t think. I can’t breathe. I can’t live knowing this fucking weasel has and will get away with this

He’s a screaming, raving lunatic as we speak.

I asked him this morning what his biggest fear in all of this is now that he’s admitted everything….he calmly said, “losing you. You are the best thing that has ever happened to me. You haven’t abandoned me. You haven’t judged me. I can’t lose you.”

He thinks he’s above the law.

PETER AND BONNIE OSTERMAN will always be sure of that.

I’m just documenting all this and putting it where people can easily find it, but what kind of idiot is this guy? Who gets away with a heinous, appalling crime of this magnitude and then actually tells people? Makes up some cockamamy, ridiculous story blaming his “victim”? When she had no freaking clue what really happened to her all those years ago?!?!?

PIZZA??? I let a RAPIST walk free because he bought me PIZZA? Is this a joke?!?!

Obviously this guy’s not playing with a full deck, what a moron. What a self incriminating little fool. I’ve never “blackmailed” nor “extorted” anyone, let alone some nebbish little infant who has never made more than thirty thousand dollars a year~ *I* make more money than THAT, without even doing any real “work”. I could sleep for a year and make more than that off royalties and residuals~ he knows that.

Still he also knows I’m a loose cannon. A tinderbox, a time bomb; a rocker of boats and like any good minefield, I am planning my next move.

You think Pandora’s Box was bad? Wait til you get a load of this hornet’s nest.

“So, like Charles Dickens, in this work of ‘fiction’, I will hide away behind a false name and live in fake places and I will pray to God that those who should will hurt when they read what I have to say. Certainly God in his infinite mercy will see that some understanding publisher will put my words in a book, and help grind the knife I hope to wield.”