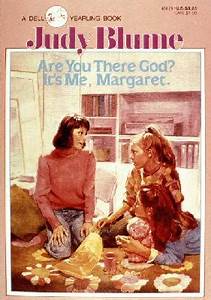 About six months ago, I had the idea that I was going to take it upon myself to write sort of an updated alternative to *Are You There God? It’s Me, Margaret.* Not REWRITE the book, of course, but I wanted to churn out something similar for 21st century girls, something that deals with the same issues~ bras, periods, becoming a woman, all of that. There has to be demand for such a thing, there just has to be!

A classic is a classic, but there is still nothing else like it for preteen girls and that book was more than outdated even when *I* read it in 1992! Girls today ask what a “sanitary belt” is and their poor, poor clueless millennial mothers can’t even answer them. I never saw one in my whole life, not one single time~ my mother did not even use them and she struggled to tell me what they were!

Margaret needs a cell phone, she needs to learn to snap selfies and she needs to stop galavanting around New York and New Jersey without parents (pssssst! Polly Klaas! Jaycee Dugard! Elizabeth Smart!). Girl needs to switch to Tampax, stop buying “Grow Bras” (whatever *those* are) and she needs to throw away those silly penny loafers with no socks before she gets shoved in ten lockers.

Margaret needs a makeover! Who better than ME to do it!?

Forgive me, Judy Blume . . . you’ve had this coming a long time.

All through winter, I was revved up about this project! I had this great idea, I was going to solve a problem in the world and I was going to lend a guiding hand to the women of tomorrow! YES! I was going to lead them into adulthood by sharing my experiences with them!

Crap. That wasn’t going to work.

“Are you there God? It’s me, Margaret. I just told my mother I want a bra. Please help me grow God. You know where.”

Judy Blume, like Margaret, was a late bloomer, which is why the majority of the book is spent praying to get her period and doing rounds of “I must! I must! Increase my bust!” when I never had to do any of that. I was in my first training bra at seven and I was the ONLY ONE for years and years. Then the last line of the book:

“I know you’re there God. I know you wouldn’t have missed this for anything! Thank you God. Thanks an awful lot…”

Alas! Those are the words of a TWELVE year old who was safe at home when her Aunt Flo came a knocking. She had her mother downstairs and a box of Teenage Softies under the sink! This was a girl who had been waiting and waiting, who had been “practicing” in her room for months!

Trust me, the last thing *I* did was thank God. I know of one girl with a possibly worse story of how she got her first period–her name was Carrie White.

First thing I want to say is that I was nine. Read that again~ freaking NINE. My mom to this day swears up and down I was  twelve, but NO~ I was nine, I know I was nine. At 5’4”, I know I looked much older, but don’t let that fool you~ on the inside, I was nine. My family was in Chicago, visiting relatives for the summer! Then as usual, my mother “made” my father pick up my brother and I and take us to do something “fun.”

(great for a kid, knowing your dad is *forced* to spend time with you!)

My father is a short, gruff, tattooed fellow who smokes like a chimney and has a vocabulary of maybe three hundred words. He wore ripped jeans and cowboy boots, white t shirts with the sleeves rolled up to reveal his superb tattoo work~ Yosemite Sam on one arm, some snake on the other. Sometimes he brought this guy named Mad Jack with a bald head and bad tattoos, who would more or less be wearing the same exact outfit as my father, right down to the cowboy boots. Then they would smoke and curse and drink beer, paying very little if any attention to my brother and I, other than to flick ashes on us or absentmindedly jab us with their lit cigarettes: “Eff this, eff that. Shit. Shit. Shit.”

That particular year my dad luckily did not bring Mad Jack, he picked us up in his tow truck to go go carting~ I was excited, not about seeing my father, but because I had never been go carting before! I was wearing cute little overalls from Gap Kids with bright, multicolored flowers sewn onto the pockets and as I climbed out of the go cart, one of the flowers snagged, falling off. I ran to the bathroom to fix it- obviously I had to go by myself.

I looked down at my days of the week underwear: No! No! No! 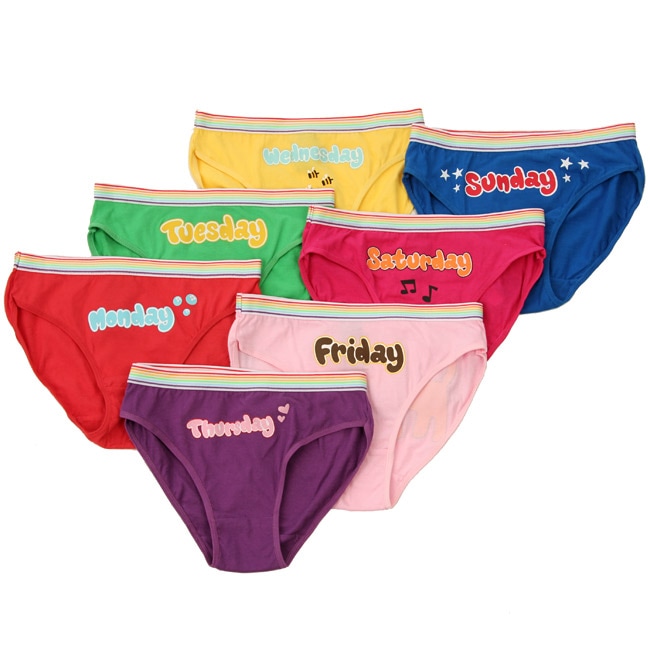 Are you there, God? You’ve got to be kidding me!

My dad and my brother were still out in the go carts, there was no wayyyyyyyy I was telling them! I had met my father all of four times in my whole life, this was a man who couldn’t even say “I love you” to his parents, he certainly wasn’t going to say “I will go to Jewel to get my nine year old daughter some maxi pads!”

I had never before experienced humiliation like this and I probably never will again. Those women who talk about going to the beach and getting their period in the water, then having to get back to their towels without being seen? Oh, gosh. That’s nothing, I would rather do that a thousand and one times than have to relive this nightmare.

A woman. I needed to find a woman. Stat.

I ran up to the snack counter and completely red faced, I asked the teenage girl behind it if she had a maxi pad~ it didn’t even phase her and she ran to get her purse. She came back smiling and smacking her bubble gum, cheerfully handing me a tampon.

I looked at it and burst into tears.

“Look, lady! I don’t know how to use this!” I sobbed, hiccuping loudly. “I don’t even know where this goes! I’m only nine! I’m with my dad and brother, my mom’s not even here!”

Now lots of women joined in, I could tell they all had children of their own; they were hugging me, trying to soothe me and quell my PRE preteen meltdown. Eventually we located a pad for me, someone gave me an ice cream cone and I went back outside to rejoin the dad and brother~ they hadn’t even noticed I was gone, Scott was just miffed I had an ice cream cone and he didn’t.

That night I shamefully told my mom and grandma, leaving out most of the more humiliating details and just leaving it at, “I got my period, I need to go to WalMart for, um, products.”

It took me years to share this story, then it took decades before I saw even a lick of humor in it. Sometimes I wonder about those women who helped me, did they realize what they were saving me from? Would they recognize this story if they saw it?