Before I begin my next installment in my OSTERMAN Rant, I would like to stress something: *I* have done NOTHING wrong here.  I’ve done nothing illegal, I’ve committed no crime and the Ostermans? They don’t care about me, they simply DON’T CARE. I’m not a person to them, I’m not even a real problem: I am more a thorn in their side, a mild “inconvenience” or “situation,”  they don’t give two hoots what I think or about what their son did to me. Perhaps this is not a HAPPY topic and I apologize, but it’s not my fault. All I am doing is telling a story, I did not cause these events, I did not choose them; what is there for ME to be ashamed of?

If you want to blame somebody, blame the pansy, prissy scumbag who raped me! Let’s chop off his laughable, Jello-y, elfin little flyspeck of a raping tool! We’ll need a pair of plastic kiddie scissors STAT!

Do I want revenge? No, not particularly, the guy is MISERABLE. He’s 36 with and even with a four year degree, he has a bland, watery job where he makes less than thirty grand a year~ when I have no degree, hardly do any real “work” at all [beyond writing] and I still make more than THAT! Most amusingly THIS was the guy I “dated” who huffed and puffed and spouted off all that cockahoopy gibberish about being a millionaire and a trust fund baby. Then he would go out to dinner with all of us and he’d have a soda while everyone else ate and drank merrily . . . then he’d ask to split a twelve dollar check. Between THREE credit cards.

[that is, *IF* someone else didn’t offer to cover him.] As for his wild and rapey sex life? Meh. Miss Mugshot (his cute little grandma bride) left him about fourteen months in, after being intimate with him less than a dozen times over the course of their marriage. Plus back when all this came out, awhile went by . . . then longer . . . longer . . . until he complained to his girlfriend they hadn’t had sex in 75 days. She oh-so-sweetly told him they would never have sex again. Then once THIS hits court and becomes a matter of public record? His statement: “I can’t go on the sexual offender registry, I could never make or provide a living for anybody.”

Somehow I don’t think his not being able to “provide” for anybody is going to be his problem. If he thinks I was *loud* BEFORE, he should just wait.

I doubt he’ll ever rape another woman again, but I happily know he’ll never get another one to willingly consent now; not in this country anyway and trust me, he had NO GAME to begin with~ I don’t see any women in his future, I see a bucket of popcorn,  castor oil and a copy of Caligula.

Otherwise he is going to have to start raping cows. Chickens. Sheep. From here on in, it’s barnyard animals for this guy. That or digging up the bodies of dead girls, which lucky for him, sounds right up the Osterman alley. That family always did love stiffs who couldn’t fight back. 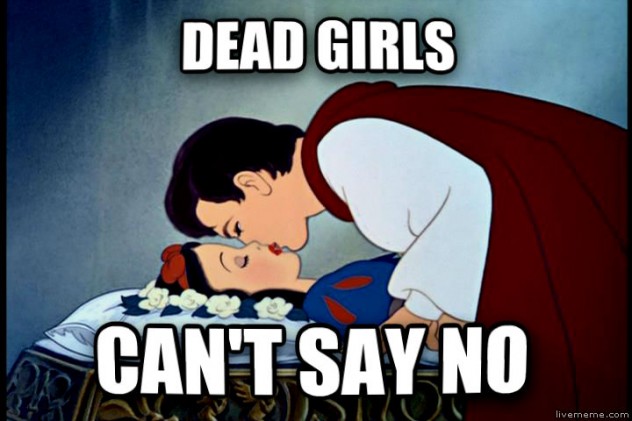 This is a bigger problem than just me, sexual violence is a grossly, grossly undereported crime. Until recently, I was one of few women I knew who could say she’d never been raped. Drugged? Yes. Violated? Yes. But never raped, I could say that up until about four months ago . . . now I can’t say that anymore? Oh, my. My whole life could change, what do I do? Do I ball up and close off, scream and have nightmares? Do I cry and wallow and sit at home, hating myself  and regretting it until my entire life is destroyed?

I may be late, but I think I could still do some good here. I wish this weren’t a common problem, I wish it were isolated and rare, but the fact is I know more women who have been assaulted than haven’t been.  Not a pretty topic, but it’s hardly unusual and it should never offend people. I was told to stop blogging and write a book on how NOT to get raped . . . but how am I supposed to do that when I did everything RIGHT? If it could happen to me, it can happen to anyone: I didn’t drink too much, I dressed appropriately, I firmly said no multiple, MULTIPLE times. I sent no mixed signals, ADAM OSTERMAN knew without doubt that I did not [and would not] consent. For chrissakes, I made the guy sleep on the freaking couch while I took the bed!

(since dubbed the “Rape Bed” , which he still had a decade later and just now sold for peanuts on Swip Swap, in a last ditch attempt to get his pretty girlfriend to sleep with him again! Oh! Poor baby!)

All that being said, WHAT am *I* supposed to tell women?: Don’t drink [ever], don’t have fun [ever], definitely don’t date [ever]. Don’t leave the house unless you have to, always be sure to cover up and be modest: you’ll be safe in a long robe and a burka, I hear that isolation and oppression is really on the upswing these days!

Also in effort to avoid sexual assault, one could always consider the shortage of Roman Catholic Nuns~ that’s safety, employment security AND spiritual satisfaction. A triple threat! The trifecta!

You don’t think that’s asking a lot of us? Why should we be asked to give up so much, while men are free to go out and do whatever they please to women “dumb” enough and “naive” enough to disregard these rules?

In school, we were taught about “anger rape”, “power rape” and “sadistic rape.” No one ever teaches girls about: “I’m-a-spoiled-and-entitled-brat-and-no-matter-what-I’m-getting-my-way!” rape.

We have to stop teaching women: “DON’T GET RAPED!”

Also you see ADAM OSTERMAN on the outs anywhere, please, please do me an itty bitty, teensy tiny favor?

Kindly rip him a new bellybutton?