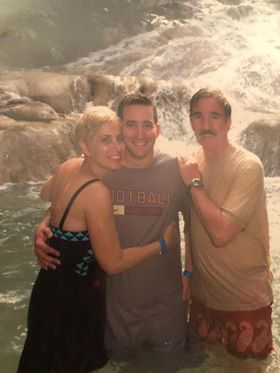 “It was a moment of stupidity at your expense. Something I regret and I can never take back. If I could, I would. I am very sorry. It was not an accident, it was a moment of selfishness, one that I regret because I hurt somebody else for my own gain.

“It’s true OSTERMAN form. It’s what we all do. Do you want the money?”

That was it. That was the extent of the “apology” I received from ADAM OSTERMAN, the “man” who drugged me and raped me, a whole decade after the fact. “A moment of selfishness”?  This man locked on to me and tortured me for two years, then spent eight more years spreading lies; desperately defaming and disrespecting me behind my back. Then out of nowhere:

“It’s true OSTERMAN form. It’s what we all do. Do you want the money?”

Who are the OSTERMANS if they aren’t trying to buy somebody’s soul? Their security, their sanity? Their safety, their sense of well being?

That’s not an apology, that’s greasy day old dishwater. I could pick ten words out of a hat at random and create something more emotionally significant than THAT little farce. I certainly hope this is a joke.

The fact that I was “raped” by a whiny, wimpy creampuff with slimy, bulbous back pimples (and no belly button) is an awful lot to come to terms with. That ineffectual weakling was deep sixed from my life and discarded a long time ago, how is it even possible? ME? *ME*?!?

*I* am NOT a likely victim on any level. If a man were attacking me, no doubt I would fight back . . . QUICKLY. HARD. I would bite, I would claw, I would holler and kick and jab, generally just make the whole episode so excruciatingly difficult that it would not be worth all the laborious effort. Ninety nine times out of a hundred, an attacker is just going to think: Eh, to hell with the bitch. It’s not worth it.

And I didn’t, believe me, I didn’t; we’re talking nanoseconds. I will spare you the amateurish, klutzy, lackluster details, but the whole incident was so bungling and crackhanded and inelegant, that a 22 year old virgin with zero sexual experience whatsoever could not even tell she was being assaulted?

Even as his girlfriend was telling me the truth she uncovered and sending me confession videos, I half still wasn’t buying it: he was such a yellow bellied pantywaist, such a namby pamby nobody! So law abiding!  So by the book! Frighteningly terrified of so much as a parking ticket! Aside from a few playground style Mickey Mouse crimes (like selling his Adderall to buy video games and cheap Arby’s on Coupon Day) could he actually have the balls to do such a heinous and appalling thing?

There you have it. The ONE time in his life he had the guts to flipping DO anything . . . and it was me? A super nice girl who had never hurt anyone in her whole life?

Everyone on *his* side thinks I HAD to have “known”, but there is simply no conceivable way. Not only did I not fight, run or report, but also I never told a friend, never called a hotline, never cried and never single wrote a word about it~ you can go through my old journals and see that it’s simply NOT there. It’s not anywhere. I had no PTSD, no flashbacks, I wasn’t cutting myself nor was I having thoughts of suicide. I didn’t change a bit after that night, I stayed vibrant, I stayed lively, I stayed bouncy, bubbly and happy! Even my writing stayed carefree, jazzy and vivacious.

I’m not made of steel. I could never have carried a weight like this alone.

The only thing that was a true, real life pain for me was that I couldn’t get rid of this drippy bozo, who had latched on to my friends and family and was constantly buying me crap I couldn’t refuse, like my furniture and the infamous Playboy Bunny Costume. He was clingy and boring, but I joked about it, lightheartedly ragged on him and plastered him all over the internet! We went on trips! We shared holidays! My family bought him gifts and had him at gatherings! It’s really, truly revolting! Looking back, I want to throw up on his entire family.

[ALSO READS AS: I was unknowingly “dating” my rapist, biding my time until my REAL Prince Charming came along! No wonder I’m so freaking “damaged”!]

Over Christmas, I got all kinds of messages from them. Messages I wasn’t asking for:

Daily this has gotten worse and worse, he’s now saying he will lose his home, his entire line of work and everything he would be capable of doing to make a living if he admitted to raping you that night.

“I watch a lot of law and order….I can plead down to a lesser misdemeanor charge of battery…I can’t go on the sexual offender registry…I’d lose my licensure and any and all current or future employment….I could never provide or make a living…I’d be totally destroyed…DESTROYED”

I sat across from him at his breakfast nook table late last night and asked him if he planned to apologize to you and finally admit what he did to you, TO YOU. To his family. He said, “Why? Where would that get me?”

I said a hundred grand in cash because come on, where’s he going to get that? Where is anyone going to get that?! If you have a gun and you rob a bank, you’re usually only walking away with three to five thousand dollars. Even if you have a hundred grand in your account, you can’t just go to the bank and withdraw it from the ATM; if you’re picturing the vault of your local bank and seeing Scrooge McDuck diving leisurely into a sea of solid gold coins, get that image  out of your head right now! The only way you’re getting 100 thousand dollars in cash TODAY is if you rob an armored truck!

I’ve never seen a hundred thousand dollars in cash before. I sort of wanted to see it.

Okay. I’ll take it, ADAM OSTERMAN THE RAPIST! I will just sit here and hold my breath until all that MONEY arrives! Please try and make it snappy, huh?

Your Whipping Girl needs a new pair of shoes!

So it was set! I had to agree to give him one month to “consolidate accounts”, then I’d get a “sincere apology” [^ see above ^] and a hundred grand in cash in a black leather briefcase in a public place; it was all very Agent .007. HOWEVER no courts, no police, no SEX OFFENDER REGISTRY and certainly no JAIL TIME! No more public humiliation, no more trashy nicknames, no more blogs, nothing connected to any OSTERMANS. No book and [sic] : “no more coming back for no more money.”

Then he stopped and gave me a friendly, amazingly selfless green light! A real olive branch, I must say:

“No, wait! I can’t take the BOOK from you, I don’t have the heart! You can have your book.”

Gee. Thanks, you f**king prick!

Then ADAM OSTERMAN had a brilliant idea!!! Say! Why didn’t he just ask MOMMY AND DADDY for the money?! MOMMY AND DADDY will do anything at all to save precious baby Adam! Of COURSE they would fork over money in any amount  for their darling cuddle bubby! Oooooh la la! Anything at all for that nebbish little man boy! Why didn’t he think of this sooner?!

Okay, Baby Osterman, you go riiiiiiiiiiiiighht ahead with that! You dated a black woman and Mommy and Daddy didn’t speak to you for a year!  You (ahem!) “shamed the perfect family by dating a worthless nig nog.“

So what in God’s name will they do to you when you tell them you raped a white woman? Cut you off financially? Stop paying your phone bill? Or *GASP*? Take away your MERCEDES?!?

Hmmm. Not exactly. Mama Bear looked at him with nothing but protective, unrepressed Oedipal love, a withered lioness defending her cub! As Freud always said, a man who has been the indisputable favorite of his mother keeps for life the feeling of a conqueror: WIN, BABY!

While Papa Bear is bellowing in a voice thick with castration anxiety:

Then they both went out and hired a sleazebag lawyer worm, a criminal attorney. To “cease and desist” me, of course; they are looking to prosecute anyone who has defamed/ attempted to “extort” their precious, angelically innocent son.

Is it wrong that I’m snickering? Everything I’ve already been through and it’s not enough? They want MORE!?! His blustering, huffy-puffy cartoon of a father especially, Daddy wants me hauled into court and incarcerated, skinned alive and sent up the creek indefinitely so I can’t throw the book at their baby.

All this because they couldn’t potty train Little Hans correctly? Thus ADAM OSTERMAN never learned to control his behaviors and urges and now at the age of 36, he is still allowed to soil himself wherever and whenever he pleases. Whether he’s making in his pants or raping babies, Mommy and Daddy are right there, waiting in the wings to save him!

They’ve got baby wipes. And a lawyer.