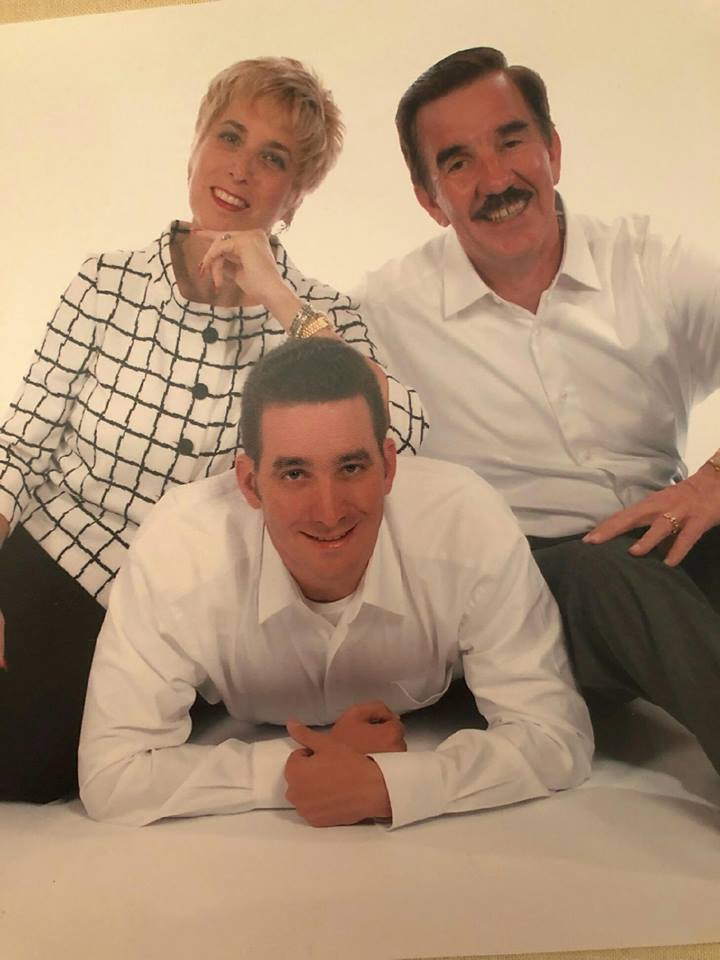 Do you know this family? This warped and wicked, sick and twisted, crooked and cracked, lopsided excuse for a family? These are the OSTERMANS and I don’t know what they’ve been smoking, but they think they are absolute gods. The best of the best! Unsurpassed! CHAMPIONS! No one can touch them or their solid gold sh**!

They don’t lose! EVER!

Personally I’ve never understood how they could possibly have developed such dangerously swollen egos, as the whole family is a nauseating witch’s brew of nervous psychiatric disorders and and botched plastic surgery. They care about silly little things, like social status and what people think, the whole while hanging up unimpressive faux degrees, hiding assets in bankruptcy court and sweeping their own family’s domestic violence under the designer impostor rug. They bought their teenage son a nose job, they removed his belly button!

(READ THAT AGAIN: they paid someone to remove their son’s belly button because it was not “perfect”; now the sorry lout has no freaking belly button!)

Still for all that keeping up with the Joneses and worrying what the Hendersons think, one thing the OSTERMANS definitely, absolutely, without doubt do NOT care about?

YOU. No matter who you are, this family does not care about YOU.

Over a decade ago, I was suckered into sort of half “dating” their squirrelly son with a bad nose job, greasy backne and no belly button. Consequently I know good and well this family is quite a few shades darker than blackhearted. For years, I’ve known the horrifying extent of their scornful, self serving and supercilious ways . . . or at least I thought I did.

Still I never dreamed any living, breathing, red blooded person could be capable of the  ghastly acts I have uncovered lately.

Please contact me ASAP. I too have fallen victim or the likes to this mother f**ker. He is continually saying you are bat shit crazy. I’d love to buy you a drink or dinner.

That’s how it started. I got this random blog comment from ADAM OSTERMAN’S current girlfriend and needless to say he’s pulling the same kind of crap with her: she was a year in and couldn’t break it off, was buying into his tears and junk. She felt he needed therapy and medication, tender loving care and blah, blah, blah . . . oh, poor, poor baby Adam!

Who else was going to help him?

His mother? Oh, my God, his freaking mother.

(it’s beyond Oedipal, don’t even get me started!)

I decided I was going to help her out and we exchanged stories for a bit, but the cherry on top of everything? She hit me with “rape story”, the freaking rape story! Holy heck, that was an old one! The same rape story I have been hearing for ten years! Starting about a week after my plan to “dispose” of him finally paid off, I got email after email from his friends and family! They came and came and didn’t stop. For YEARS!

Bythe way, Adam told his family that he was paying you off because you were threatening to claim he raped you to the police- I assume this is not true?  Also, what was he talking about in that “suicide” note with giving you money and his 401k- he thinks he can buy his way out of any situation with his parents money!

OH, GAWWWWWWWD.  Spare me. At the time, I hardly paid attention, these emails  meant nothing; I never even bothered to get the full story because number one, I’ve never blackmailed anyone in my life and number two, I never slept with that loser. Anyone who knew me then knows I was a virgin at 22 and that I firmly planned on staying that way til I was married! It was utterly non negotiable, it’s the way I was raised; it was a decision I made young, I was always upfront and wildly vocal about it.

I was NOT having sex until I was married and that was that. Period.

Surprisingly enough, every single man I ever dated was totally cool with this, ADAM OSTERMAN included. I was never pressured or begged or anything, believe it or not~ it was a non issue to most boys, to be perfectly honest. All that being as it was, I naturally paid little (if any) attention to these tiresome messages. I had just spent two years getting that weasel OUT of my life, the last thing I wanted was more to do with he and his hollow, sunken eyed parents! I assumed he was trying to excuse maxing out all those credit cards on me, so let them think whatever they wanted! Didn’t bother me a bit!!!

Dumbest, most naive decision I have ever made in my life. Gee whiz, was I ever duped.

Remember that “witch’s brew of nervous psychiatric disorders”? Ten to one, this family is prescribed a whole heck of a lot of Xanax . . .

Now guess what happens when you mix Xanax and Tequila?!

So don’t judge ME for not realizing, but we are talking about twelve to fifteen seconds so pathetic and ridiculously inept that I actually woke up and didn’t even notice; MY foggy recollection of his embarrassing display is more American Pie than Last House on the Left, but the truth of the matter is that ADAM OSTERMAN drugged and raped a sleeping girl. Me.

WHAT A STRAPPING YOUNG OSTERMAN! WOW!  OH, MY!!!! WHAT A WILD AND VIRILE FAMILY! I STAND IN AWE OF YOUR STRENGTH AND GRIT! OH, BOY!!! MIGHTY IMPRESSIVE!

Thanks to the sleuth of a girlfriend who figured out the rape story could never be true the way he was telling it, there is a video of him (or at least a video of his floor and his voice) admitting what he did and offering ME a hundred grand in cash to keep my mouth shut. Only poor, poor baby ADAM OSTERMAN didn’t have a lousy hundred dollars in cash, let alone a hundred grand; of course I knew that!

This real spectacle here is him planning to go to Mommy and Daddy to ask for the hush money! Enjoy his embarrassing little confession, his bribery and tune in later to find out what really happened when THAT little meeting took place!

(*HINT*: I  do NOT have a hundred grand in cash, I am being accused of “extortion” again and Steve Wilkos and Dr. Phil are blowing up my phone every day . . . you do the math)